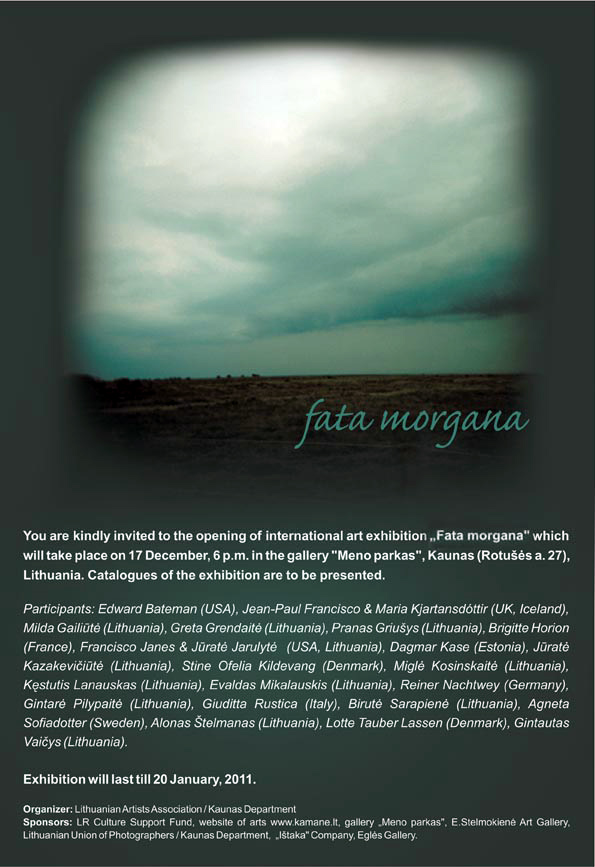 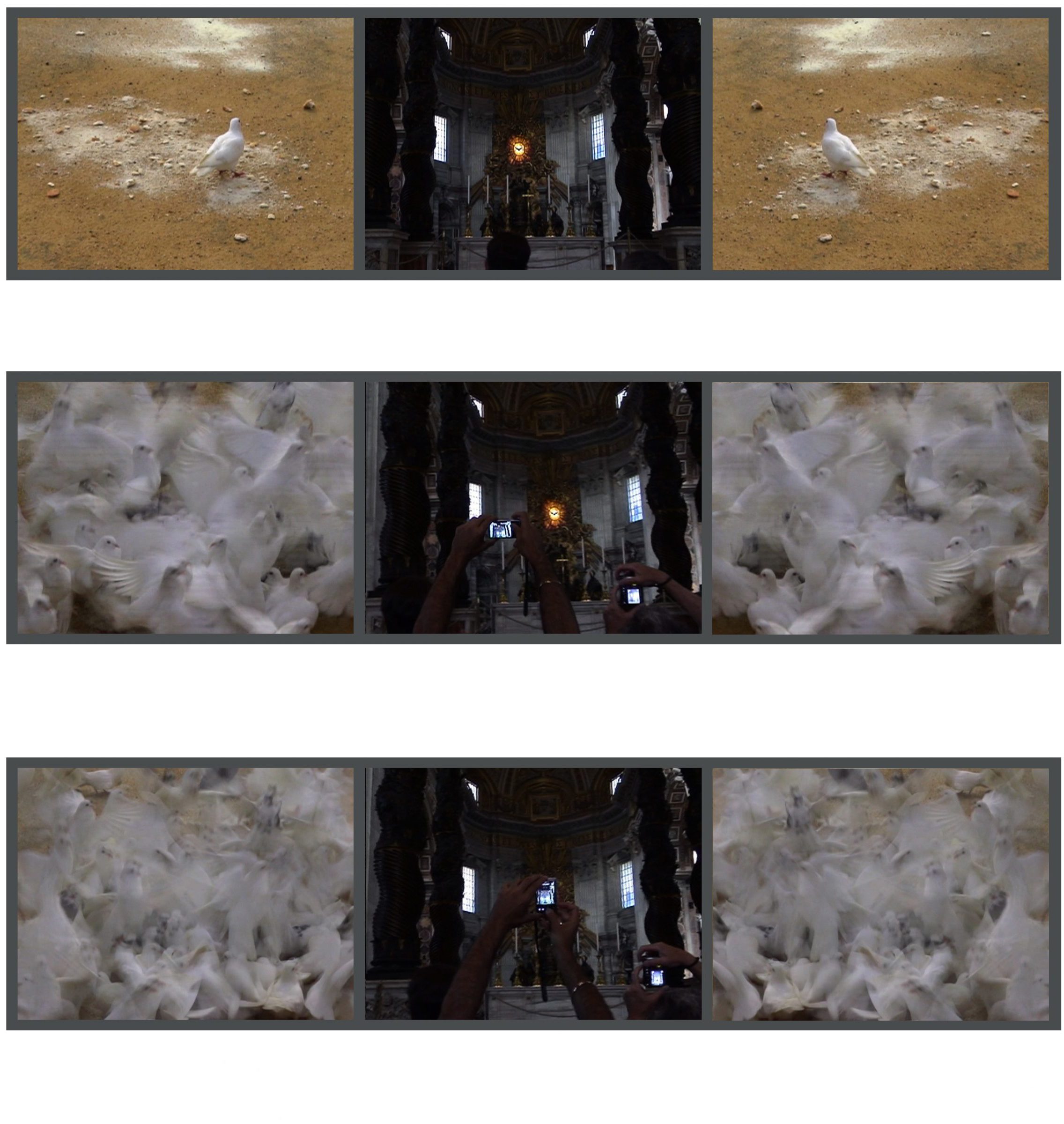 This world that appears to the senses has no true being, but only a ceaseless becoming, it is, and it also is not, and its comprehension is not so much a knowledge as an illusion. (A. Schopenhauer, „The World as Will and Representation“)

The tradition of the annual international art exhibition in Kaunas (Lithuania) has been continued for 10 years already. This exhibition introduces the oeuvre of various artistic fields (starting with the fine arts, photography and ending with the genres of contempo­rary art). Since 2000 a number of such exhibitions took place at the gallery „Meno parkas‘; e.g. „Mysterium Magnum“, „Ars Longa Vita Brevis“, „The Last Haiku of the 20th Century“, „The Unbearable Reality“, „Ultima Ratio“, „Kaunas in Art: Contexts“ etc. Every year curators of the exhibition formulate a topic that represents the main semantic leitmotiv, revealed in varied art pieces. Organizers of „Fata Morgana“ pursue the tradition with the main principles of the project – the arsenal of techniques and means of expression are not limited but the sensitivity towards the subject is accentuated.

The subject of this year’s exhibition is,“Fata Morgana“, inspired by a natural optical phenomenon, consisting of several forms of mi­rages, In the appearance of Fata Morgana, real objects seen in the horizon look like fantastic shapes – longer, floating up in the air. Depending on the atmospheric changes, those images move – lengthen and shrink again, creating a surreal impression.

In the world of art Fata Morgana means much more than Just a play of optical images. In works of fiction Fata Morgana is described as moving constantly together with a man who is trying to approach it. That is why Fata Morgana always stays in the distance, far­ off, as a metaphor of the inaccessible, the untouchable and the impossible.

Therefore, artists of the exhibition were to create imaginary, illusory constructs, modified reality and other possible interpretations of the topic. The artworks of participants reveal a tiny line between the reality and simulacrum, the empiric experience and the ideal, „normality“ and „insanity“, commonness and mystique. As if denying the unattainable, the authors offer us images where Fata Morgana is close as never -just one step ahead.